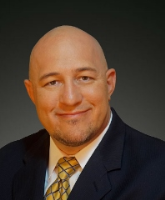 Freddie Mac's Outlook this month looks at what it calls "the spoiler," the lean inventory of newly constructed homes for sale. While the situation isn't quite as dire as with existing homes, where there is a 4.3-month supply, the new home inventory is just over a 5 month supply and, Freddie Mac's economists point out, it is much tighter in hot local markets.

So far residential construction is not doing much to fill the gap. Building permits dropped by around 70 percent during the Great Recession and have not yet recovered.  In fact, when measured in relation to the population, they are only at about half the level of 2006. Freddie Mac says that with prices rising and housing demand high, one would expect builders to pick up the pace, but clearly, they are not. The main reasons appear to be a lack of skilled labor and the increased cost of development.

As of May, the number of open construction sector jobs, as reported by the Labor Department's Job Openings and Labor Turnover (JOLT) report stood at 154,000, an elevated rate of 2.2 percent, even though, as the National Association of Home Builder economist Robert Dietz reported employment in the sector had increased by 713,000 persons since the recession low.

The Outlook article cites four factors that contribute to the current labor shortage in housing:

Another factor affecting construction are high development costs. The price of acquiring buildable land and preparing it for construction has risen more rapidly than the price builders can charge for the completed home. The land cost share of construction expenses has risen, and since the cost of land is a fixed cost, this tends to make building entry-level houses less profitable, tilting development toward higher-end projects. Land use regulations have increased over the last three decades and in areas with strict regulations, it takes longer to obtain a permits. Freddie Mac's economists compare New Orleans, with fairly lenient permitting to Honolulu with especially strict rules. Obtaining a permit in the former takes an average of 3.5 months, in the latter, 17 months. A 2016 White House report on land use regulation says the lengthy approval processes "have reduced the ability to respond to growing housing demand in many markets." In some areas, like San Francisco the scarcity of buildable land compounds the impact of regulations.  Those with a lot of already unbuildable areas, i.e. bodies of water, wetlands, or steep grades, are those that tend to have the strictest regulations.

The Outlook's July economic round-up reports that, at the midpoint of the year, the macroeconomic conditions are about where they have been for several years.  Real growth is moderate with the GDP up only 1.4 percent in the first quarter, in what has recently become a typically slow start to the year.  Inflation remains sluggish, and that stubborness has led the Federal Reserve to "dampen expectations for another rate hike this Fall."