This week brought pleasant surprises for the mortgage market as rates returned to levels not seen since February.

Back in February, we were passing through the present rate range on the way UP, and there were few--if any--reasons to think we'd return to those levels if underlying trends continued.

Specifically, covid case counts have continued to fall and are roughly as low as they've been since the start of the pandemic. Economic data has been volatile, but generally stronger in 2021 than most economists expected.  Inflation metrics have been running hot (inflation is bad for rates). And the Fed has increasingly talked about dialing back its rate-friendly bond-buying programs.

But as is always the case, markets were trying to price in as much of the future as possible when rates were rising, and now they're trying to get ahead of the next move (the one where the rising rate trend cools off). In fact, they've been doing that for several months now.

This has taken the form of several distinct "pauses for consideration" (or "consolidations" in market jargon)--something the market tends to do when it's uncertain about what comes next.  When it comes to covid, the original pause for consideration was the entire spring/summer of 2020. 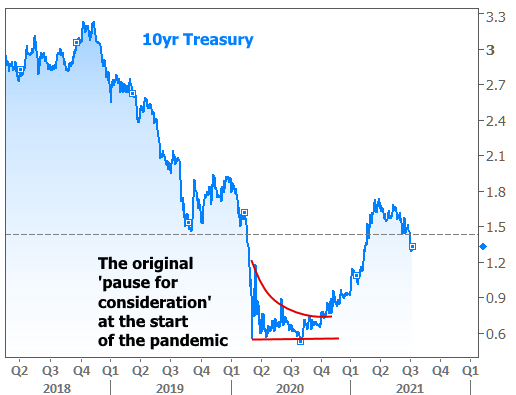 Clearly, rates found a reason to move higher heading into the new year, and have subsequently entered a new phase of friendly consolidations.  The first was the biggest, and it played out over several months before giving way to the next consolidation in June.  Now in July, we may be seeing the start of yet another! 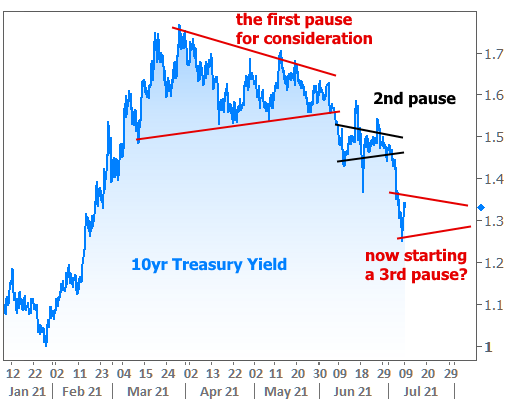 The other way to view these recent consolidations is in the form of a broader downtrend in rates.  In this case, we'd view this week's impressive rate rally as a temporary, failed attempt to break below this downtrend. 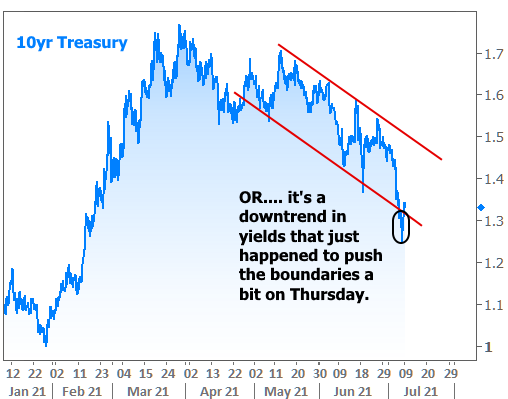 In the biggest of pictures, we can simply say that rates are deciding whether or not they're ready to move on from their covid-inspired all-time low range, and all of the above is merely noise. 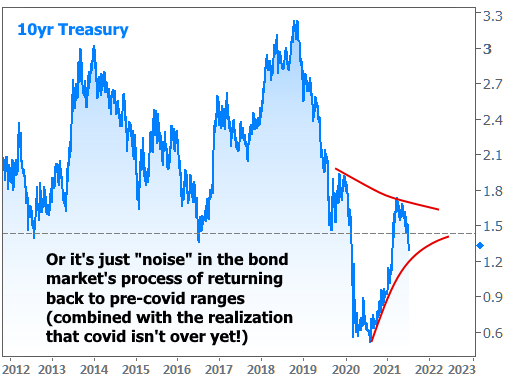 True, there is some strong economic data out there, but as we discussed last week, we're still roughly 7 million jobs away from pre-covid levels.  Economists are also considering that much of the recent excess economic strength was a temporary byproduct of pent-up demand and perhaps a bit of euphoria due to economic reopenings.  The thought is that post-covid growth just peaked and may now be cooling. 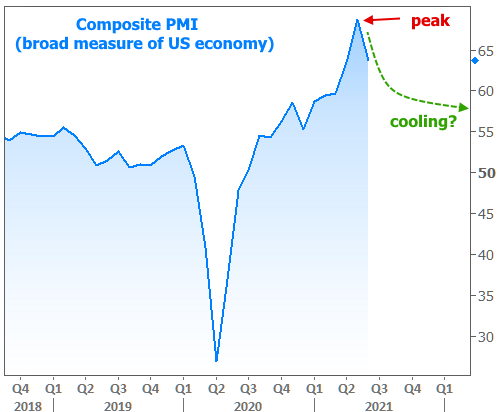 Inflation expectations have also been cooling noticeably since May and had begun leveling as early as March. 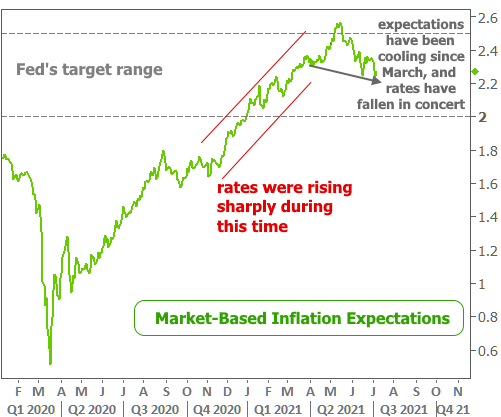 March is incidentally the same time mortgage rates turned the corner.  They've been in a narrow, flat range since April 20th, with recent gyrations occurring inside that range until this week. 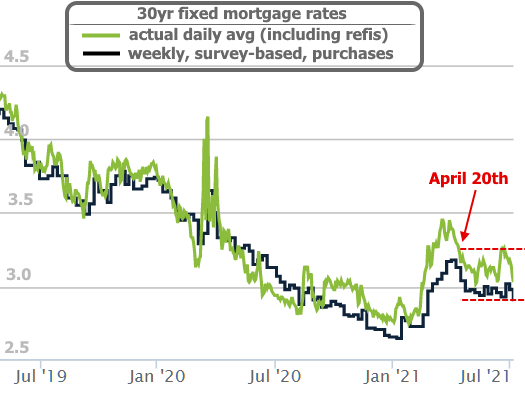 In addition to the measurable economic variables, markets can also consider the implications of vaccination rates, which have decelerated markedly (once again, incidentally during the same time that rates found their footing and began to pull back from longer-term highs). 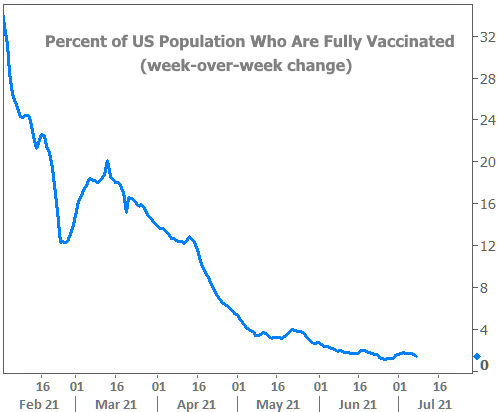 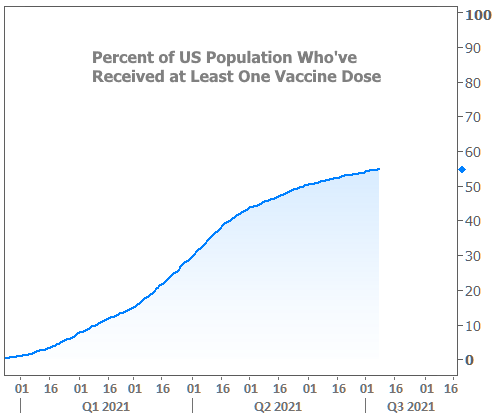 On a more anecdotal note, we're hearing more talk of "buyer fatigue" due to the recent surge in prices for homes, cars, and fuel, among other things.  This could impede economic momentum at a time where it already seems to be leveling off from those "euphoric" levels.

When it comes to "where we go from here," we have to consider the potential economic outcomes and the resulting policy response from the Fed.  This isn't complicated.  It's merely unknown.

The Fed itself has noted that it won't have a clean read on economic momentum until this fall at the earliest.  This has markets feeling a bit less threatened by a potentially premature shift toward less rate-friendly Fed policies. 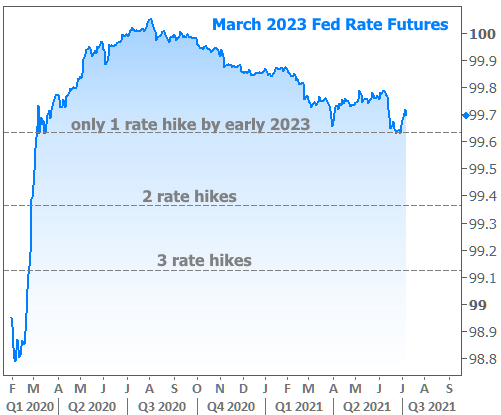 Before you get too excited, this doesn't mean rates will go lower or stay lower between now and then.  The Fed Funds Rate doesn't even correlate well with mortgage rates over shorter time horizons.  The chart is just another way to quantify uncertainty about the outlook and the fact that the burden is on the economy to prove it can get over covid and actually return to a semblance of its former self.